OFWGKTA’s Tyler the Creator officially drops his 3rd Solo project “Wolf” today (April 2, 2013).  The Odd Future creative leader departs from the same content of his second album Goblin both lyrically and musically.  The production is heavily bathed in Pharrell Williams‘ (Neptunes, N.E.R.D) trippy synth heavy style, yet Tyler mans the boards and instruments solely throughout the tracklist.  Overall you can since the maturity (dare I say) in the lyrical content as well, albeit still a tad dark.  The album is basically about growing up in the spotlight, his grandmother’s death, and heartbreak.  Special guest appearances by Erykah Badu, Pharrell, Laetitia Sadier (Sterolab), Nas and the OF Gang (Frank Ocean, Earl Sweatshirt, Hodgy Beats, Domo Genesis, Mike G) compliment the Tyler’s heavy hand on all the other aspects of the album.

It’s refreshing to see that his comedic genius is still utilized in the videos he directs, yet the actual songs are not riddled with the “horror-core” content that made OF disturbingly famous.  Check out Tyler the Creator‘s new album on iTunes by clicking the image below.  Catch him on  the North American leg of his Wolf Tour w/ Earl Sweatshirt and others this spring April 11th-May18th.  From the glimpses we’ve seen from his European jaunt last month, it should be quite a spectacle.  LA peeps, Tyler and the OF gang will be at their pop-up store on Fairfax on album release day (today April 2nd).  #GolfWang 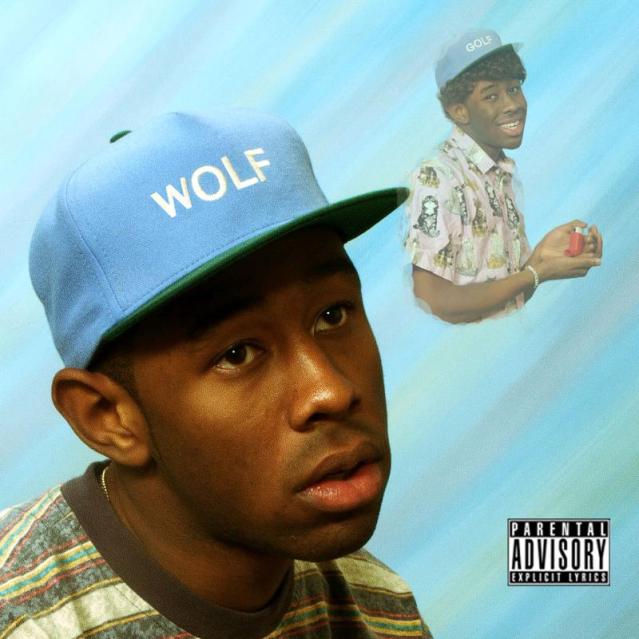